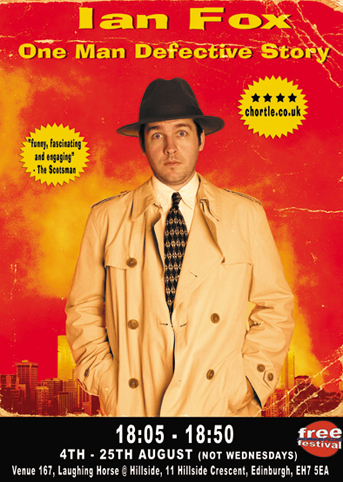 After one miserable month in Edinburgh at a venue that only ever had a handful of people in it every other day, the only media coverage I received was being mentioned in a Radio Interview with Karen Dunbar on Arlene Stuart’s  show Radio Forth 9th August 2007 where she very kindly told people to go and see my show.